I am a psychologist and psychotherapist, working with The School of Positive Psychology based in Singapore, where I just recently moved to NYC from. The scope of my role is quite varied, and includes one-on-one therapy sessions with clients, speaking on panels and delivering talks, facilitating workshops for children and adults, and supervising psychotherapy and counseling students. In addition to that, I am currently undergoing additional training in personal coaching with the Robbins-Madanes Training Center. 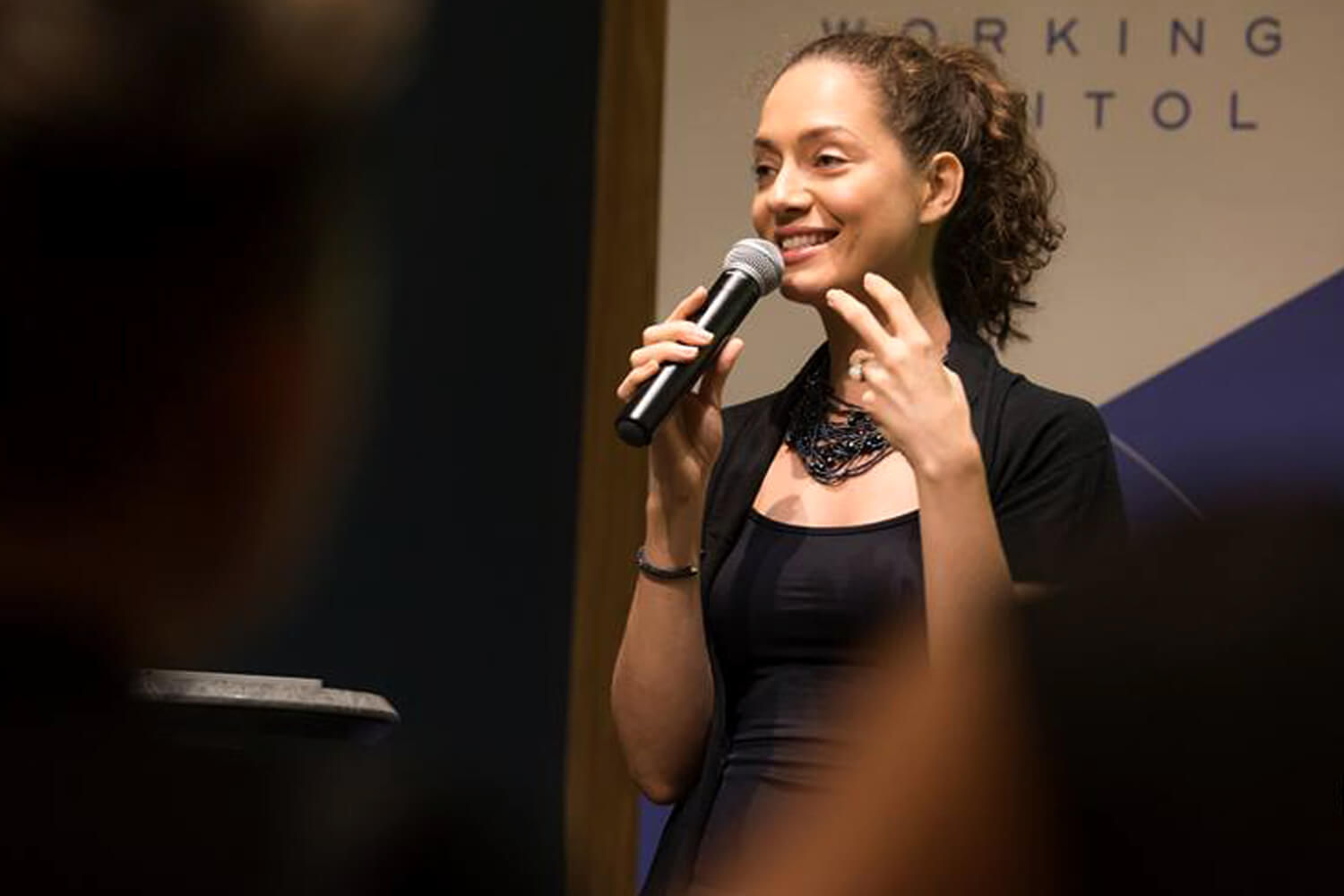 I have always been drawn to people and fascinated by the huge spectrum of thoughts, emotions and behaviors that our brain can conjure up, especially those on the extreme ends of that spectrum. Why do some people addicted to drugs self-harm to the extent of killing themselves? What are the inner workings of the mind of a serial killer? What is an exceptionally gifted child’s view of the world? These questions excite me now just as much as they did when I first considered studying psychology as a young teenager, and it is because of that that I always knew I would be working with people. The beauty of the psychotherapy profession is that it’s the perfect vehicle for me to both satisfy my own curiosities, but help people as well. I did at times also toy with the ideas of becoming either an actor, a geneticist or a neurosurgeon- all very different professions, but tied together by my desire to ‘pick on people’s brains’ both literally and metaphorically.

That “first step” is always the most intriguing one isn’t it! We have this perception that it is the most difficult one to make, and so we pay it an awful lot of attention. I believe though, that the more we think of that first step as a single distinguishable and effortful action, the more difficult it becomes to take it- we expose ourselves to the paralyzing power of all those self-defeating thoughts like, “What if I fail?” In my case, I allowed my genuine curiosity and love of learning to drive me forward into becoming a therapist. I was, and still am, a big sponge for all knowledge related to the human psyche, and I am passionate about sharing that knowledge with my individual clients and with the groups I work with in my workshops. So, by reframing my role from a very rigid idea of being a “fixer” of people into a more fluid one of being a teacher and guide, I took out the fear associated with taking that “first step” and possibly failing. I also see my work as really having started years before I actually became a therapist. I think that this can be a very useful approach for anyone who is unsure of what their professional role should be in life, and that is, consider these two things: 1) What have you always been intrigued by, and 2) What have you been contributing to the small and big world around you, long before you even got your first paying job.

As humans, we are largely driven by our emotions. Yet in the working world, we are frequently “roboticized” and lose our sense of self. Why is that?

This is an incredibly interesting question, and so relevant for our world today. I believe it has a lot to do with the global conversation on gender-equality in the work place, which has just about reached boiling point. Historically, the world of work has predominantly been a man’s world, and if you combine that with the traditional view of emotions as being a “woman’s thing,” you end up with a setting in which emotions have little or no place- the expectation (and demand) is that you be rational, decisive and strictly professional. Thanks to our advances in neuroscientific research techniques we now know with certainty that both men and women have emotions (shocking, I know), but that the difference lies in how and by which region they are processed in the brain. Now, combine that with the mounting evidence that shows that having more women in the workplace increases the success and productivity of a company, and it becomes clear that emotions are in fact vital for success in any professional setting. Another (understandable) reason for emotion-aversion in the workplace comes from the fact that we still don’t fully understand our emotions, as they largely are rooted in the deeper and more primal parts of our brain. This is where emotional intelligence (EQ) plays the definitive role in shedding light on these largely unconscious processes. EQ is all about being smart with our emotions, which in practical terms means being able to identify and name our emotions, being able to identify their cause, and then being able to choose how we are going to respond versus react given that knowledge. This is the mechanism through which we can regain that sense of self, not only in our professional but personal lives as well.

Resistance comes in many forms when your job is about trying to create change. In my work, most of the resistance comes in the form of doubt (a masked form of fear), doubt that a certain technique will be effective, doubt that a person has what it takes to succeed at creating change. The biggest resistance that I face definitely comes from my clients’ self-defeating beliefs, and so I tackle these by first making it very clear that they are under no obligation to change; however, if they would like to experiment and play and try out a few different tools from my tool-box, we can become curious about how these can impact their life and relationships. And since a little curiosity never hurt anyone, this approach side-steps resistance quite nicely.

My job is to support people, to give them hope, to give them a new perspective, to help them turn on a light in their dark places- that work can never be done.

How can people support the work you’re doing?
It is wonderful to see how the conversations on mental health are blossoming; a couple of days ago a FaceTime conversation between Lady Gaga and Prince William took over all media outlets, the topic of which was the importance of being vocal about mental health issues. This is really the first step: speaking up. Past that, I would encourage anyone who is struggling or knows someone who is, to feel empowered in seeking help for their issue, the same way they would if they were struggling with a tooth ache. Being open to our emotional pains and willing to hold them with care and compassion is the best way to push forward the work of improving mental health globally, and providing myself and people like me with platforms on which to raise awareness about these topics is a step in that direction.

I will borrow the name of my Facebook page to answer this one- The BeACKO&N (BeACKO&N stands for Be Aware, Curious, Kind, Open and Notice, the qualities most associated with personal wellbeing).