I create opportunities for people in conflict to express, explore and sort meaningfully through their beliefs, fears and stories–with their enemies. In these contentious settings, they learn to clarify their positions, discover their mistaken ideas—and recognize their shared humanity. I am the co-founder and director of World in Conversation, a Center at Penn State that has already trained more than 1,500 undergraduates to do this work—while hosting more than 2,000 dialogues per year. 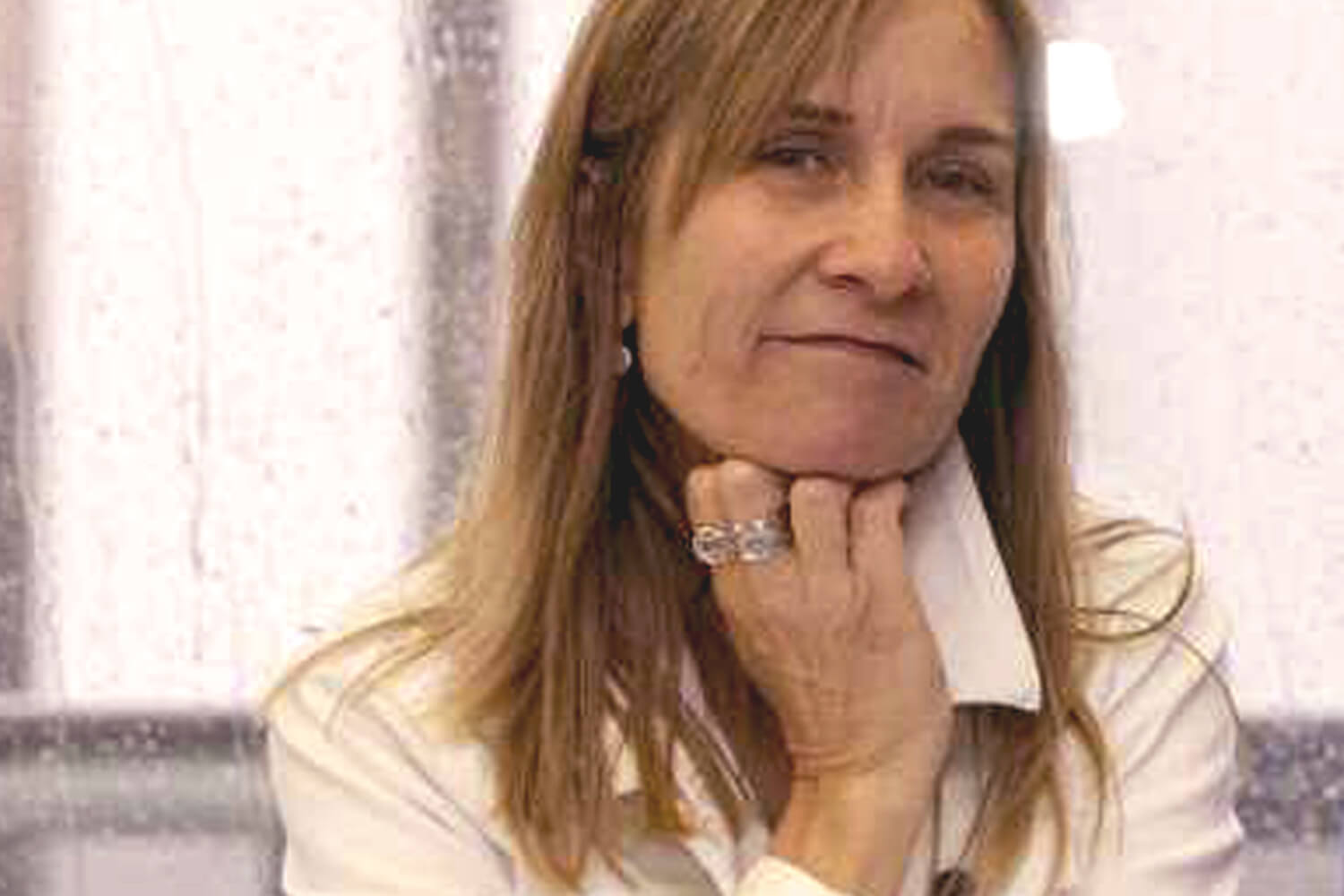 I backed into all of this—with no real inspiration to lead the way. However, if I follow the threads of my life, there are certainly catalyzing forces. I am a white person from Newark NJ who was born into a potent racial divide. I grew up in that place in the 1960s, at a time when there were Civil Rights-related uprisings in the streets. It was a tumultuous and frightening time for everyone. In fact, I was having heart surgery as a child at the time that Martin Luther King, Jr. was assassinated. My parents worried that they would not be safe coming to visit me because of their perceived threat of being targeted by the black community. This environment had a deep impact on me—by defining the world as one filled with threat, conflict and enemies. But I wasn’t inspired to change that. I was inspired to protect myself and to flee. Even when I found myself learning about my misperceptions of race as a young adult, I wasn’t inspired to do anything. I didn’t think it was my job or my path. I wanted to “be something”–a surgeon or a writer or a singer. But one day, I started helping students to facilitate discussion groups as a favor to my husband, another teacher at Penn State. The topic of his class was US race relations. Somehow (through forces much larger than me), this side project grew into my entire life.

Interestingly, during the most difficult inner trial of my life, my devotion to this work spontaneously deepened. I had lost all of my interests and hobbies—from enjoying a cup of coffee in the morning to completing a creative writing project. Nothing made sense to me anymore. Nothing made me feel happy, or safe, or “at home.” The only thing left to keep me alive was to go to work. It was the last thing I wanted to do. But it was the only way I knew to hold on to whatever grounding I had left. So that’s what I did. And moment by moment, over a very long seven years, the tiniest, barely tangible connections happened between me and other people (sometimes very different from me) that made me take a deep breath and know I wasn’t alone. Those moments kept me going. And eventually, seedlings started to grow a new forest within me—and facilitating dialogues with people in conflict was part of that new growth.

Now, I have found that all of the lessons I need to learn are right here—day after ordinary day—in the midst of this work I spent most of my life trying to flee.

Because this path chose me, there was no “first step” moment. I was like a person with a first aid kit using whatever supplies I had available when someone needed them—because there was no one else around but me. I felt the weight of that responsibility. But I just did my best. In the process, I started to learn some things. And then I started to develop my own ideas and methods. All along, I collaborated with my students in every way. “I’ve got this bandage; what do you think we should do with it?” They had lots of ideas and talents of their own. So we tried things, lots of things. Doing this collaboratively, in a diverse group of people, I saw that we were building something meaningful. As a result of all of this trial and error, we created World in Conversation.

While your class is heavily based on introspection and immersion, the average class I took at Penn State was based on lectures and textbooks. I was hardly the exception. Why is that?

Over the years, I learned that lectures and textbooks do not get into us. We hear what we expect to hear; and we confirm our beliefs and biases repeatedly—even in the face of information that contradicts us. Being in a traditional classroom does not alter the internal barriers to thinking something new or feeling something new. Learning needs room for emotions and perceptions, values and beliefs. Even words, mean different things to different people. So introspection and immersion became central to the classrooms I was in. And because I cannot know what each student brings into the classroom with them, I can’t plan a lesson beforehand. We have to find the lesson together, in real time, with others. So my only lesson plan is to be present for whatever is “alive” between students in the classroom—and we learn how to facilitate dialogue, understand conflict (and lots of other things) in the process.

The id a that conflict is resolved through “compromise,” and the idea that real education is essentially about downloading facts into our brains.  I don’t overcome these barriers. I just keep doing the work with others who see its value and its impact. In other words, I don’t fight the mountains; I just keep building the bridges across them.

The everyday miracles that occur around me—mostly the ones that happen within and between people in conflict. Such tiny moments with such potent ripples.

How can people support the work you are doing?

The Center can receive financial gifts electronically. But I don’t know if that’s what you’re referring to.

I am called the Batman of Social Impact. What would be your superhero name?

This is something YOU will have to create for me! J But I know it has something to do with being invisible and building bridges in places no one thinks they can be built.