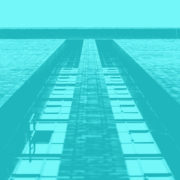 After a long time away, I’m excited to share “Hero Ball” with you – my latest album that was years in the making.

The main question – what does “Hero Ball” mean? The basketball fans out there might know what I’m talking about. When a game is close – otherwise known as crunchtime – some players will try to take over the game and win it for their team. Guys like Michael Jordan, Kobe Bryant, and Derrick Rose are known for this style of play…called “Hero Ball”. Sometimes, it works, and there’s glory that comes with it. You win the game, you’re showered with praise as a hero, and you build a legendary reputation. And sometimes, it doesn’t work, and might even fail miserably. That’s when you hear from the naysayers who said you tried to do too much, or didn’t utilize your team, or didn’t follow the conventional logic that says Hero Ball is a flawed concept.

This album is Hero Ball. It’s taking a shot in a tightly contested game. Some will rise, some will fall. If it works, this could be gamechanger. If it doesn’t, you might hate it. I’m willing to take that shot and say what I’ve wanted to say, and do it in the way I feel it should be done. I hope you enjoy this experience and look forward to hearing what you think.