I’m a producer and MC out of Brooklyn, NY. My mission is to use my music to make people think more about the world we live in, and the stories they’re told, and why they’re told those stories. I feel like we’ve all been pre-loaded with a series of narratives that shrink our worldview and lead to a lot of the larger, systemic problems we face every day. People don’t like complicated answers, but most things that really matter aren’t simple. I also want to serve as a platform for other musicians looking to get their messages out there, whether that’s as a producer, cowriter, show booker, or marketing adviser. Hip-hop is community, and everything I do to help WE helps ME. 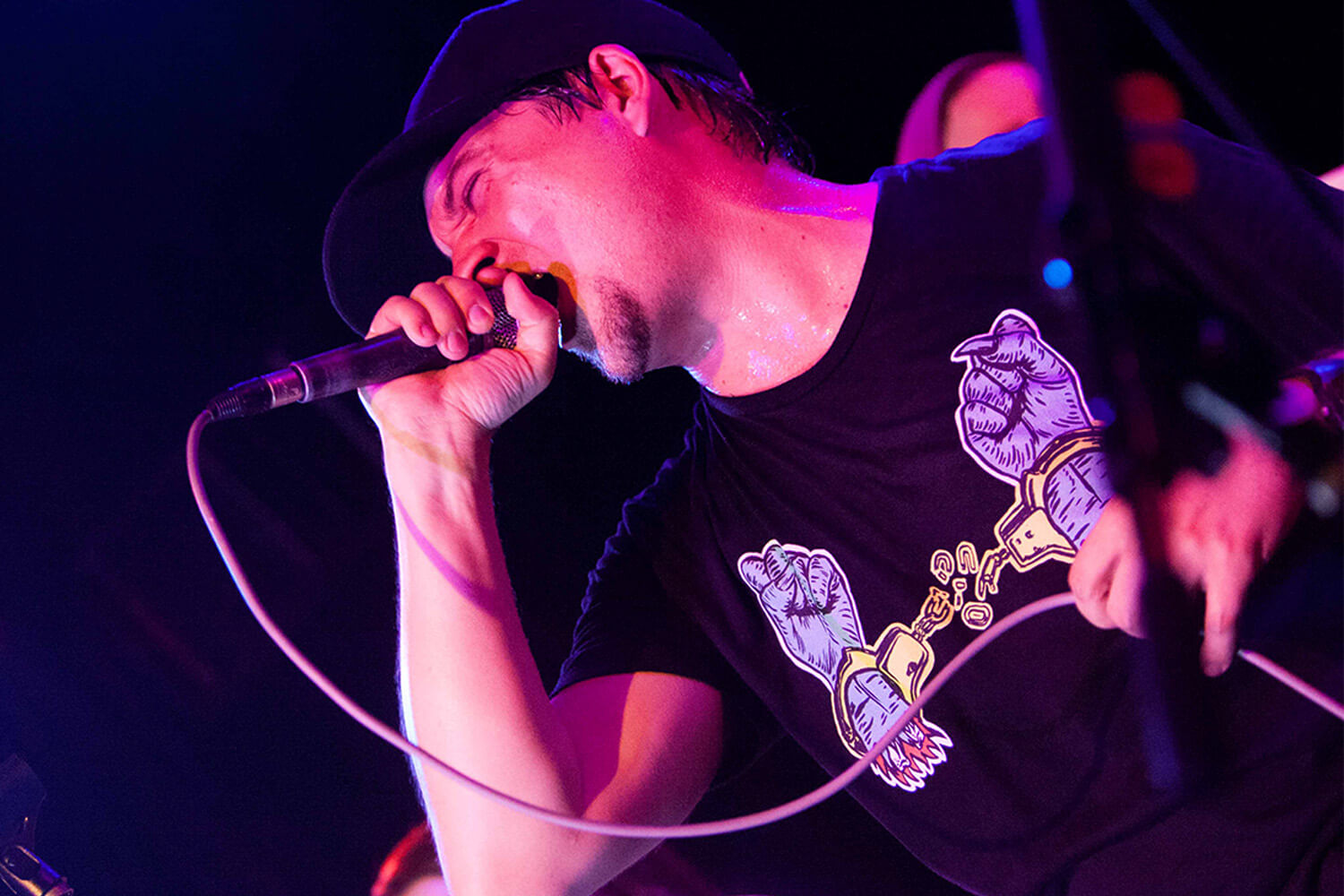 I’ve been a performer since I was able to stand up, and I’ve been rapping since I was 11 or 12, so I’ve always known I wanted to do this. But when I started, I was emulating my heroes (Jay-Z, Biggie, and Eminem) and not really contributing much in terms of discourse. A lot changed for me when I went to the Middle East (Jordan, Israel, and Palestine to be specific) in 2010 as a sound designer touring with a modern dance company. The trip really opened my eyes to how much of what I “knew” was actually a narrative crafted to make me feel a certain way about people I’d never met. On the first day of the trip I started writing “Stones of Freedom,” to this day one of my favorite tracks, and I often think back to a specific line: “I’m gung-ho to un-know the story I didn’t know was being told and come back different.” I did come back different, and since then, my writing has had a lot more purpose.

Writing and performing have been passions of mine for decades, so my major barrier was actually committing to putting the work in and making things happen. At the risk of sounding full of myself, I’ve always had a talent for grabbing a crowd’s attention; it comes naturally to me. This ended up being a gift and a curse, because for a long time, it made me complacent. I also got caught up in the “get discovered” narrative that so many artists do, and I really didn’t take my music seriously throughout my 20s. I was actually on the verge of “retiring” from hip-hop when I decided to make one last album and put everything I had into its creation. BACKSTAGE kinda saved my life in a lot of ways, and taught me that doing the work could be its own reward.

Hip-hop has undergone several evolutions over the years, but today’s mainstream hip-hop feels more disconnected from reality than ever. Why is that?

I think it’s because hip-hop is more profitable than ever. If you look at any genre of music, the most vital, relevant phase is typically in the early stages. When hip-hop was truly music for the marginalized, no one was telling MCs what they should be rapping about. The music was exploratory, and the most potent, relatable messages were the ones that cut through the noise. I don’t mean to bemoan the mainstream acceptance of hip-hop; it’s done so much to combat ethnic divides in the U.S. and around the world. But whenever art becomes profitable, its message suffers for it. But, I do want to point out that a lot of really great, really important hip-hop is being created today, whether it’s underground or right beneath the surface of the mainstream – Kendrick Lamar, Chance the Rapper and Run the Jewels, to name a few.

Outside of the hip-hop community, it’s astounding how many outdated preconceived notions about rap are still alive and well today. Whenever I tell someone I’m a rapper, I can see a thousand assumptions register in their head just by their facial expression. One of the things that really boggles my mind is how people will categorize something that is clearly rap as “not really rap,” solely on the basis that they enjoy listening to it. The one way I’ve found to overcome these assumptions is to get people to come see me perform live. Once you’ve been to a BRBRCK show, you “get it,” and the conversation going forward can be about the music.

Musically I’m very much like a shark. Sharks die if they stop swimming, so they have to keep going forward. My music keeps me young, keeps me excited, and engaged, and really helps every other aspect of my life. I keep going because I can’t not keep going.

How can people support the work you’re doing?

Come out to a show (July 27 at Lovecraft in NYC is currently on the books, with more dates to come), “like” BRBRCK on Facebook and Instagram, and sign up to my mailing list on www.brbrck.com – it’s really the best way to help me get my message out. And please always feel free to let me know what you like (and what you don’t like) about my music; I do this for y’all after all.

I honestly consider “BRBRCK” to be my alter-ego, but that’s kind of a cop out, so I’ll go with “Spitfire”.